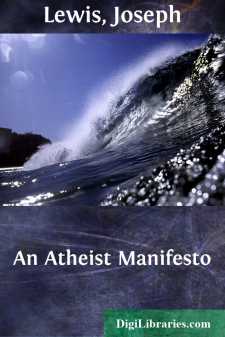 Many ask what difference does it make whether man believes in a God or not.

It makes a big difference.

It makes all the difference in the world.

It is the difference between the earth being the center of the universe, or a tiny speck in this vast and uncharted sea of multitudinous suns and galaxies.

It is the difference in the proper concept of life, or conclusions based upon illusion.

It is the difference between verified knowledge and the faith of religion.

It is a question of Progress or the Dark Ages.

The history of man proves that religion perverts man's concept of life and the universe, and has made him a cringing coward before the blind forces of nature.

If you believe that there is a God; that man was "created"; that he was forbidden to eat of the fruit of the "tree of knowledge"; that he disobeyed; that he is a "fallen angel"; that he is paying the penalty for his "sins," then you devote your time praying to appease an angry and jealous God.

If, on the other hand, you believe that the universe is a great mystery; that man is the product of evolution; that he is born without knowledge; that intelligence comes from experience, then you devote your time and energies to improving his condition with the hope of securing a little happiness here for yourself and your fellow man.

That is the difference.

If man was "created," then someone made a grievous mistake.

It is inconceivable that any form of intelligence would waste so much time and effort to make such an inferior piece of life—with all the "ills that flesh is heir to," and with all the misery and suffering that is so essential a part of living.

If man is a "fallen angel," by the commission of a "sin," then disease and sorrow are part of God's inscrutable plan as a penalty imposed upon him for his "disobedience," and man's entire life is devoted to the expiation of that sin so as to soften the indictment before the "Throne of God."

Man's atonement consists in making himself as miserable as possible by praying, fasting, masochism, flagellations and other forms of torture.

This sadistic delusion causes him to insist that others—under pain of punishment—be as miserable as himself, for fear that if others fail to do as he does, it will provoke the wrath of his tyrant God to a more severe chastisement.

The inevitable result is that Man devotes his life, not to the essentials of living and the making of a happy home, but to the building of temples and churches where he can "lift his voice to God" in a frenzy of fanaticism, and eventually he becomes a victim of hysteria.

His time and energy are wasted to cleanse his "soul," which he does not possess, and to save himself from a future punishment in hell which exists only in his imagination.

Religious hallucinations take on many forms.