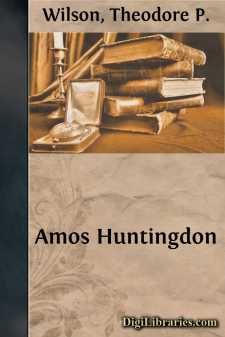 “Help! help! holloa there! Master Walter—Mr Amos—Jim—Harry—quick—bring us a light!—lend a hand here!” Such were the words which suddenly broke the stillness of a dark October night, and roused up the household of Mr Walter Huntingdon, a country gentleman living on his own estate in Derbyshire. The voice was the coachman’s, and came apparently from somewhere near the drive-gate, which was about a couple of hundred yards from the front door of the house. The evening had been dark and stormy; and it was in a lull of the tempest that the ominous sounds of distress reached the ears of the inmates of Flixworth Manor.

In a few moments all was bustle and excitement—lights flashing; feet hurrying; voices shouting; and then a rush for the scene of danger and trouble.

Outside the grounds in which the Manor-house stood were extensive grass lands on either side of the public road. In the field nearest to the drive-gate, and on the left as you entered it, was a deep and precipitous chalk-pit, now disused. This pit was some little distance from the road itself, and was not noticeable by persons unacquainted with the locality. It had been there no one knew how long, and was a favourite resort of adventurous children, a footpath to the village passing not far from its edge. Towards this chalk-pit the startled party of rescue from the house hurried with one consent, several of them carrying lanterns or extemporised torches.

Ten o’clock was striking in the distant church-tower as they gathered round the spot from which the cries for help had proceeded. A terrible sight was dimly revealed to them in the uncertain glare cast upon it by the lights which they carried. Hanging over the edge of the chalk-pit was the squire’s carriage. One horse had broken away from the traces, but the other was struggling violently, and seemed likely, in its plungings, to force the carriage still further over the precipitous side of the pit. The coachman, who had managed to spring unharmed from the box, was doing his best to restrain the violence of the terrified animal, but with only partial success; while the situation of Mr Huntingdon himself and of his maiden sister, who were inside the carriage, was perilous and distressing in the extreme.

The accident had been caused by a strange and savage dog suddenly springing at the horses’ heads as the carriage was nearing the outer gate. The night was very dark, and the horses, which were young and full of spirit, being startled by the unexpected attack of the dog, which belonged to some passing traveller, sprang violently out of the road, and, easily crashing through the wooden fence, which happened to be unusually weak just at that part, carried the carriage along with them to the very edge of the chalk-pit, spite of all the efforts of the coachman to hold them in; so that when the people of the Manor-house came to the rescue, they found the carriage and its occupants in a most critical position.