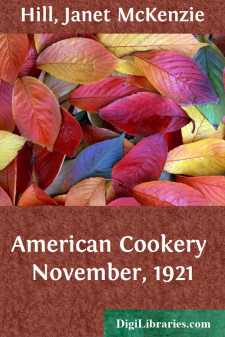 Through the glamour of the Colonial we are forced to acknowledge the classic charm shown in late seventeenth and early eighteenth century window designs. Developed, as they were, by American carpenters who were stimulated by remembrance of their early impressions of English architecture received in the mother land, there is no precise or spiritless copy of English details; rather there is expressed a vitality that has been brought out by earnest effort to reproduce the spirit desired. Undoubtedly the lasting success of early American craftsmanship has been due to the perfect treatment of proportions, as related one to the other. That these are not imitations is proved by an occasional clumsiness which would be impossible, if they were exact copies of their more highly refined English prototypes.

The grasp of the builder's mind is vividly revealed in the construction of these windows, for while blunders are often made, yet successes are much more frequent. They are evolved from remembered motives that have been unified and balanced, that they might accord with the exterior and be knitted successfully into the interior trim. Some of these windows still grace seventeenth century houses, and are found not only on old southern plantations, but all through New England, more especially along the sea coast. True products are they of Colonial craftsmanship, brought into existence by skilled artisans, who have performed their work so perfectly that today they are found unimpaired, striking a dominant note in accord with the architectural feeling of the period.

There is no question but that windows such as these lend character to any house, provided, of course, that they coincide with the period. Doubtless the designing of modified Colonial houses is responsible, in part, for the present-day revival of interest, not solely in windows of the Colonial period, but also in that which immediately preceded and followed it.

The first ornamental windows were of the casement type, copied from English cottage homes. Like those, they opened outward, and were designed with small panes, either diamond or square shaped. As they were in use long before glass was manufactured in this country, the Colonists were forced to import them direct from England. Many were sent ready to be inserted, with panes already leaded in place. Proof of this is afforded by examples still in existence. These often show strange patches or cutting. The arrangement of casements varies from single windows to groups of two or three, and they were occasionally supplemented by fixed transoms. Surely no phase of window architecture stands out more conspicuously in the evolution of our early designs than the casement with its tiny panes, ornamented with handwrought iron strap-hinges which either flared into arrow heads, rounded into knobs, or lengthened into points. That they were very popular is shown from the fact that they withstood the changes of fashion for over a century, not being abolished until about the year 1700.

Little drapery is needed in casement windows where they are divided by mullions. The English draw curtain is admirable for this purpose. It can be made of casement cloth with narrow side curtains and valance of bright material. A charming combination was worked out in a summer cottage. The glass curtains were of black and white voile with tiny figures introduced. This was trimmed with a narrow black and white fringe, while the overdrapery had a black background patterned with old rose.

In the field of architectural progress, more especially during the last few years, there have arisen vast possibilities for the development of odd windows. These, if properly placed, showing correct grouping, are artistic, not only from the outside, but from the inside as well....