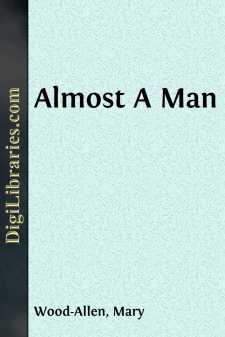 Two lads had crossed the sunny meadow-land of childhood and stood by the gate, at the entrance to the rougher paths of youth leading up to the grander heights of maturity. They glanced backward, but not with regret, for their eyes shone with eagerness to climb the upward way. As they waited, an angel came bearing a gift for each, which he gave them, saying: “I have brought you a wondrous gift, not for yourselves but for others. Listen.”

And they bent their heads and listened. And one said: “I hear most entrancing music. It thrills my very being. It is for me, for me.”

But the angel said: “Listen again. Shut your ears to those bewildering tones and you will hear a deeper, holier strain.”

But the youth said: “No, I hear only that melody which speaks to my own heart. I can hear nothing else.”

The other youth too took the gift and, bending his head at the command of the angel, said: “I hear that sweet entrancing strain which speaks to myself, and which promises me pleasure; but deeper than all that I hear a tone soft, sweet and low, that sounds like the voices of happy children, and of a mother singing to her babe.”

The angel smiled. “It is for them,” he said, “that you must keep your gift. And in the years to come that music will be to you the sweetest in the world.”

So the youths started on their devious ways through the hilly land of youth. There were bird-songs and flowers; there were bright paths, and dark ones; there were sunny by-paths, which ended in dreamy forests; there were pitfalls in unexpected places; there was often sorrow where they looked for joy, and failure where they expected success. And the one listened oft to the entrancing music of his angelic gift, and was led to think only of himself, and his eye lost its fire, his feet often stumbled, and the days and nights had no pleasure for him. As he reached the heights of maturity he was met by a bright creature who laughed with great joy when he offered her his love and said exultantly: “I have kept myself pure for you,” and he, knowing his own dark secrets, could make no reply but hung his head and was silent. And, thus silent, he heard no more the bewildering music of his youth, but instead there came to his ears the sound of a broken-hearted woman’s sobs, and the weeping of children mourning the birthright that had been lost for them in their father’s wayward youth. And the man said sighingly:

“O that I had my innocence againMy untouched honor. But I wish in vain.”

But the other lad turned a deaf ear to the brain-bewildering music and listened with his soul for the happy melodies of the future. And his eye grew brighter and his strength increased and his paths were straight and clean, and as he neared the heights of maturity he was met by one whose robe was shining in its brightness and who whispered: “I have kept myself pure for you.”

And gladly he answered: “And I for you;” and so their lives became one, and the melody of happy children’s voices drew nearer and nearer, and listening to the sweet voice of the mother singing to her babe, and looking into the bright and rosy faces that with every glance and motion thanked him for their dower of health and honor, he blessed the great Creator from whom he had received the wondrous gift of potential fatherhood, and gave thanks that he had wisely listened to the angel’s voice bidding him keep his gift for those whose life, in the years to come, was to be his holiest possession.