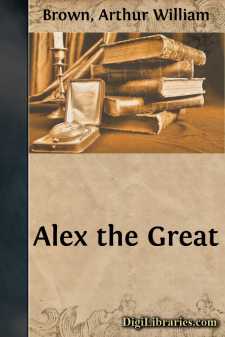 Girls, listen—if friend hubby comes home to-night and while hurlin' the cat off his favorite chair, remarks that he's got a scheme to make gold out of mud or pennant winners out of the St. Looey Cardinals, don't threaten to leave him flat and accuse him of givin' aid and comfort to the breweries. Turn the gas out under the steak, be seated and register attention—because maybe he has!

Scattered around all the department stores, coal mines, butcher shops, the police force and banks, there's guys which can sing as well as Caruso, lead a band better than Sousa, stand Dempsey on his ear, show Rockefeller how to make money or teach Chaplin some new falls. Yet these birds go through life on eighteen dollars every Saturday with prospects, and never get their names in the papers unless they get caught in a trolley smash-up. They're like a guy with the ice cream concession at the North Pole. They got the goods, but what of it? As far as the universe is concerned it's a secret—they're there with chimes on, but nobody knows it but them!

Y'know this stuff about us all bein' neck and neck when we hit the nursery may be true, but, believe me, some guys are born to run second! They get off on the wrong foot, trailin' the leaders until the undertaker stops the race. They plod through life takin' orders from guys that don't know half as much about any given thing as they do; they never get a crack at the big job or the big money, although accordin' to Hoyle they got everything that's needed for both. Take Joey Green who used to be so stupid at dear old college that the faculty once considered givin' him education by injectin' it into his dome with a hypodermic. At forty he comes back to the campus to make 'em a present of a few new buildin's out of last month's winnin's from the cruel world. Where is Elbert Huntington, which copped all the diplomas, did algebra by ear and was give medals for out-brainin' the class? Where is he, teacher? And the echo chirps, "Workin' for Joey Green, drawin' twenty a week and on the payroll as No. 543!"

The answer to this little thumb sketch is easy. Elbert Huntington had brains and Joey Green had confidence. Elbert expected to dumfound the world with what he knew, and Joey did dumfound it with what he didn't. Now if Joseph made good with nothin' but nerve, what could a guy do that had brains and nerve both?

After we won the world's series in 1914 and the dough had been divided up to the satisfaction of everybody but the guys that was in on the split, me and the wife had figured on one of them trips to Europe. You prob'bly know the kind I mean, "$900 and up. Bus to hotel on fifth morning out included." I had looked forward to this here expedition for thirty years, like a guy looks forward to eight o'clock the night he's gonna call on his first girl. We had learned French and Eytalian off of a phonograph record and from givin' them spaghetti dives a play. Also, I had collected a trousseau that would of made John Drew take arsenic if he'd ever of flashed me when I was dolled up for the street....