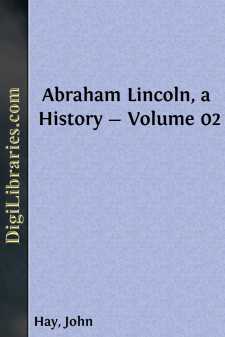 While the town of Lawrence was undergoing burning and pillage, Governor Shannon wrote to Colonel Sumner to say that as the marshal and sheriff had finished making their arrests, and he presumed had by that time dismissed the posse, he required a company of United States troops to be stationed at Lawrence to secure "the safety of the citizens in both, person and property," asking also a like company for Lecompton and Topeka. The next day the citizens of Lawrence had the opportunity to smother their indignation when they saw the embers of the Free-State Hotel and the scattered fragments of their printing-presses patrolled and "protected" by the Federal dragoons whose presence they had vainly implored a few days before. It was time the Governor should move. The guerrilla bands with their booty spread over the country, and the free-State men rose in a spirit of fierce retaliation. Assassinations, house-burnings, expulsions, and skirmishes broke out in all quarters. The sudden shower of lawlessness fell on the just and the unjust; and, forced at last to deal out equal protection, the Governor (June 4) issued his proclamation directing military organizations to disperse, "without regard to party names, or distinctions," and empowering Colonel Sumner to enforce the order.

That careful and discreet officer, who had from the first counseled this policy, at once proceeded to execute the command with his characteristic energy. He disarmed and dispersed the free-State guerrillas,—John Brown's among the earliest,—liberated prisoners, drove the Missourians, including delegate Whitfield and General Coffee of the skeleton militia, back across their State line, and stationed five companies along the border to prevent their return. He was so fortunate as to accomplish all this without bloodshed. "I do not think," he wrote, June 23, "there is an armed body of either party now in the Territory, with the exception perhaps of a few freebooters." The colonel found very soon that he was only too efficient and faithful. "My measures have necessarily borne hard against both parties," wrote Sumner to the War Department, "for both have in many instances been more or less wrong. The Missourians were perfectly satisfied so long as the troops were employed exclusively against the free-State party; but when they found that I would be strictly impartial, that lawless mobs could no longer come from Missouri, and that their interference with the affairs of Kansas was brought to an end, then they immediately raised a hue and cry that they were oppressed by the United States troops." The complaint had its usual prompt effect at Washington....