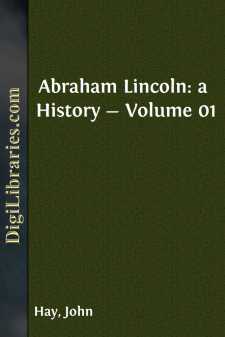 Add to My Favorites
Published: 8 years ago
Downloads: 41
Rating: (0 Votes)

A generation born since Abraham Lincoln died has already reached manhood and womanhood. Yet there are millions still living who sympathized with him in his noble aspirations, who labored with him in his toilsome life, and whose hearts were saddened by his tragic death. It is the almost unbroken testimony of his contemporaries that by virtue of certain high traits of character, in certain momentous lines of purpose and achievement, he was incomparably the greatest man of his time. The deliberate judgment of those who knew him has hardened into tradition; for although but twenty-five years have passed since he fell by the bullet of the assassin, the tradition is already complete. The voice of hostile faction is silent, or unheeded; even criticism is gentle and timid. If history had said its last word, if no more were to be known of him than is already written, his fame, however lacking in definite outline, however distorted by fable, would survive undiminished to the latest generations. The blessings of an enfranchised race would forever hail him as their liberator; the nation would acknowledge him as the mighty counselor whose patient courage and wisdom saved the life of the republic in its darkest hour; and illuminating his proud eminence as orator, statesman, and ruler, there would forever shine around his memory the halo of that tender humanity and Christian charity in which he walked among his fellow- countrymen as their familiar companion and friend.

It is not, therefore, with any thought of adding materially to his already accomplished renown that we have written the work which we now offer to our fellow-citizens. But each age owes to its successors the truth in regard to its own annals. The young men who have been born since Sumter was fired on have a right to all their elders know of the important events they came too late to share in. The life and fame of Lincoln will not have their legitimate effect of instruction and example unless the circumstances among which he lived and found his opportunities are placed in their true light before the men who never saw him.

To write the life of this great American in such a way as to show his relations to the times in which he moved, the stupendous issues he controlled, the remarkable men by whom he was surrounded, has been the purpose which the authors have diligently pursued for many years. We can say nothing of the result of our labor; only those who have been similarly employed can appreciate the sense of inadequate performance with which we regard what we have accomplished. We claim for our work that we have devoted to it twenty years of almost unremitting assiduity; that we have neglected no means in our power to ascertain the truth; that we have rejected no authentic facts essential to a candid story; that we have had no theory to establish, no personal grudge to gratify, no unavowed objects to subserve. We have aimed to write a sufficiently full and absolutely honest history of a great man and a great time; and although we take it for granted that we have made mistakes, that we have fallen into such errors and inaccuracies as are unavoidable in so large a work, we claim there is not a line in all these volumes dictated by malice or unfairness.

Our desire to have this work placed under the eyes of the greatest possible number of readers induced us to accept the generous offer of "The Century Magazine" to print it first in that periodical. In this way it received, as we expected, the intelligent criticism of a very large number of readers, thoroughly informed in regard to the events narrated, and we have derived the greatest advantage from the suggestions and corrections which have been elicited during the serial publication, which began in November, 1886, and closed early in 1890. We beg, here, to make our sincere acknowledgments to the hundreds of friendly critics who have furnished us with valuable information.

As "The Century" had already given, during several years, a considerable portion of its pages to the elucidation and discussion of the battles and campaigns of the civil war, it was the opinion of its editor, in which we coincided, that it was not advisable to print in the magazine the full narrative sketch of the war which we had prepared. We omitted also a large number of chapters which, although essential to a history of the time, and directly connected with the life of Mr. Lincoln, were still episodical in their nature, and were perhaps not indispensable to a comprehension of the principal events of his administration....