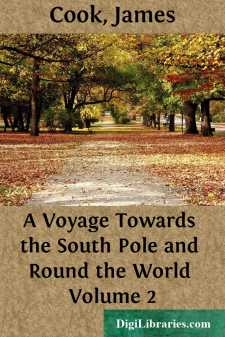 Passage from Ulietea to the Friendly Isles, with a Description of several Islands that were discovered, and the Incidents which happened in that Track.

On the 6th, being the day after leaving Ulietea, at eleven o'clock a.m., we saw land bearing N.W., which, upon a nearer approach, we found to be a low reef island about four leagues in compass, and of a circular form. It is composed of several small patches connected together by breakers, the largest lying on the N.E. part. This is Howe Island, discovered by Captain Wallis, who, I think, sent his boat to examine it; and, if I have not been misinformed, found a channel through, within the reef, near the N.W. part. The inhabitants of Ulietea speak of an uninhabited island about this situation, called by them Mopeha, to which they go at certain seasons for turtle. Perhaps, this may be the same; as we saw no signs of inhabitants upon it. Its latitude is 16° 46' S. longitude 154° 8' W.

From this day to the 16th, we met nothing remarkable, and our course was west southerly; the winds variable from north round by the east to S.W., attended with cloudy, rainy, unsettled weather, and a southerly swell. We generally brought-to, or stood upon a wind during night; and in the day made all the sail we could. About half an hour after sun-rise this morning, land was seen from the top-mast head, bearing N.N.E. We immediately altered the course, and steering for it, found it to be another reef island, composed of five or six woody islets, connected together by sand-banks and breakers inclosing a lake, into which we could see no entrance. We ranged the west and N.W. coasts, from its southern to its northern-extremity, which is about two leagues, and so near the shore, that at one time we could see the rocks under us; yet we found no anchorage, nor saw we any signs of inhabitants. There were plenty of various kinds of birds, and the coast seemed to abound with fish. The situation of this isle is not very distant from that assigned by Mr Dalrymple for La Sagitaria, discovered by Quiros; but, by the description the discoverer has given of it, it cannot be the same. For this reason, I looked upon it as a new discovery, and named it Palmerston Island, in honour of Lord Palmerston, one of the lords of the Admiralty. It is situated in latitude 18° 4' S. longitude 163° 10' W.

At four o'clock in the afternoon, we left this isle, and resumed our course to the W. by S. with a fine steady gale easterly, till noon on the 20th, at which time, being in latitude 18° 50', longitude 168° 52, we thought we saw land to S.S.W. and hauled up for it accordingly. But two hours after, we discovered our mistake, and resumed our course W. by S. Soon after, we saw land from the mast-head in the same direction; and, as we drew nearer, found it to be an island, which, at five o'clock, bore west, distant five leagues. Here we spent the night plying under the topsails; and at day-break next morning, bore away, steering to the northern point, and ranging the west coast at the distance of one mile, till near noon....