A Voyage to Terra Australis - Volume 1 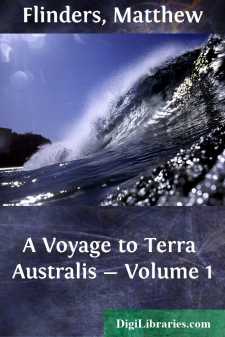 The publication in 1814 of a voyage commenced in 1801, and of which all the essential parts were concluded within three years, requires some explanation. Shipwreck and a long imprisonment prevented my arrival in England until the latter end of 1810; much had then been done to forward the account, and the charts in particular were nearly prepared for the engraver; but it was desirable that the astronomical observations, upon which so much depended, should undergo a re-calculation, and the lunar distances have the advantage of being compared with the observations made at the same time at Greenwich; and in July 1811, the necessary authority was obtained from the Board of Longitude. A considerable delay hence arose, and it was prolonged by the Greenwich observations being found to differ so much from the calculated places of the sun and moon, given in the Nautical Almanacks of 1801, 2 and 3, as to make considerable alterations in the longitudes of places settled during the voyage; and a reconstruction of all the charts becoming thence indispensable to accuracy, I wished also to employ in it corrections of another kind, which before had been adopted only in some particular instances.

A variety of observations with the compass had shown the magnetic needle to differ from itself sometimes as much as six, and even seven degrees, in or very near the same place, and the differences appeared to be subject to regular laws; but it was so extraordinary in the present advanced state of navigation, that they should not have been before discovered and a mode of preventing or correcting them ascertained, that my deductions, and almost the facts were distrusted; and in the first construction of the charts I had feared to deviate much from the usual practice. Application was now made to the Admiralty for experiments to be tried with the compass on board different ships; and the results in five cases being conformable to one of the three laws before deduced, which alone was susceptible of proof in England, the whole were adopted without reserve, and the variations and bearings taken throughout the voyage underwent a systematic correction. From these causes the reconstruction of the charts could not be commenced before 1813, which, when the extent of them is considered, will explain why the publication did not take place sooner; but it is hoped that the advantage in point of accuracy will amply compensate the delay.

Besides correcting the lunar distances and the variations and bearings, there are some other particulars, both in the account of the voyage and in the Atlas, where the practice of former navigators has not been strictly followed. Latitudes, longitudes, and bearings, so important to the seaman and uninteresting to the general reader, have hitherto been interwoven in the text; they are here commonly separated from it, by which the one will be enabled to find them more readily, and the other perceive at a glance what may be passed. I heard it declared that a man who published a quarto volume without an index ought to be set in the pillory, and being unwilling to incur the full rigour of this sentence, a running title has been affixed to all the pages; on one side is expressed the country or coast, and on the opposite the particular part where the ship is at anchor or which is the immediate subject of examination; this, it is hoped, will answer the main purpose of an index, without swelling the volumes....