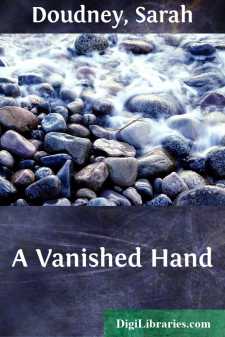 IN A BACK ROOM "For one shall grasp, and one resign,One drink life's rue, and one its wine,And God shall make the balance good." —Whittier.

Elsie Kilner had a battle to fight, and it must be fought after her own fashion. It was the kind of battle which is fought every day and every hour; but the battlefield is always a silent place, and there is neither broken weapon nor crimson stain to tell us where the strife has been.

Elsie's battle was fought in a back room in All Saints' Street on an afternoon in March. It was not a gloomy room; although the window looked out upon walls and roofs and chimneys, she had a good clear view of the sky. Some pigeons occupied a little house outside one of the neighbouring windows, and there was a roof covered with red tiles on which they loved to strut and plume their feathers in the sunshine.

To a woman country-born the sight of pigeons and red tiles called up visions of an old home. The memories which came to Elsie in her London room were as fresh and sweet as the breath of early spring flowers.

She could see again the red manor-house among the Sussex hills, and the old green garden which winter could never quite despoil. The cherry-tree spread its boughs close to her window, and seemed to fill the room with the delicate dewy light of its blossoms; the winds came blowing in, sweet and chill, from thymy common and "sheep-trimmed down."

Perhaps she had never seen her home so plainly with her bodily eyes as she saw it now in imagination. Our everyday blessings are too common to be looked at in their true light; but when time and change have put them far away from us we see them in all their beauty.

"It makes me feel desperate," she said half aloud to herself.

She had a dark, delicate face, as changeful as an April sky. It was not a happy face; the dark eyes were restless, the soft lips often quivered. And yet, in spite of sorrow and unrest, and the experiences of nearly nine-and-twenty years, there was an extraordinary freshness, almost girlishness, in her appearance, which did not suffer even from the close proximity of younger women. The mourning dress, fitting closely to her graceful figure, told its own story of recent loss.

In that old manor-house among the Sussex hills her bright youth had been calmly spent. Then came her mother's death, and changes began in the home-life. Her father was growing weak in mind and body. Elsie was the only daughter, and the household cares and anxieties pressed heavily on her heart and brain. When Robert, her brother, suggested, with all possible kindliness, that it would be well if he came with his wife to the Manor and shared her labours, she welcomed the proposal gladly.

So Robert and Bertha arrived, bringing with them their little girl and her governess; and the old peace fled away for ever.

For two miserable years Elsie lived on in that altered home, and saw everything that she had loved sliding gradually out of her hold. Robert introduced many new plans, all for his father's comfort, as he continually declared....