A Treatise on Anatomy, Physiology, and Hygiene (Revised Edition) 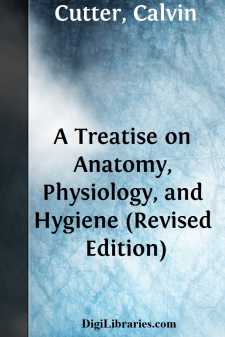 Agesilaus, king of Sparta, when asked what things boys should learn, replied, “Those which they will practise when they become men.” As health requires the observance of the laws inherent to the different organs of the human system, so not only boys, but girls, should acquire a knowledge of the laws of their organization. If sound morality depends upon the inculcation of correct principles in youth, equally so does a sound physical system depend on a correct physical education during the same period of life. If the teacher and parents who are deficient in moral feelings and sentiments, are unfit to communicate to children and youth those high moral principles demanded by the nature of man, so are they equally incompetent directors of the physical training of the youthful system, if ignorant of the organic laws and the physiological conditions upon which health and disease depend.

For these reasons, the study of the structure of the human system, and the laws of the different organs, are subjects of interest to all,—the young and the old, the learned and the unlearned, the rich and the poor. Every scholar, and particularly every young miss, after acquiring a knowledge of the primary branches,—as spelling, reading, writing, and arithmetic,—should learn the structure of the human system, and the conditions upon which health and disease depend, as this knowledge will be required in practice in after life.

“It is somewhat unaccountable,” says Dr. Dick, “and not a little inconsistent, that while we direct the young to look abroad over the surface of the earth, and survey its mountains, rivers, seas, and continents, and guide their views to the regions of the firmament, where they may contemplate the moons of Jupiter, the rings of Saturn, and thousands of luminaries placed at immeasurable distances, ... that we should never teach them to look into themselves; to consider their own corporeal structures, the numerous parts of which they are composed, the admirable functions they perform, the wisdom and goodness displayed in their mechanism, and the lessons of practical instruction which may be derived from such contemplations.”

Again he says, “One great practical end which should always be kept in view in the study of physiology, is the invigoration and improvement of the corporeal powers and functions, the preservation of health, and the prevention of disease.”

The design of the following pages is, to diffuse in the community, especially among the youth, a knowledge of Human Anatomy, Physiology, and Hygiene. To make the work clear and practical, the following method has been adopted:—

1st. The structure of the different organs of the system has been described in a clear and concise manner. To render this description more intelligible, one hundred and fifty engravings have been introduced, to show the situation of the various organs. Hence the work may be regarded as an elementary treatise on anatomy.

2d. The functions, or uses of the several parts have been briefly and plainly detailed; making a primary treatise on human physiology....