A Series of Lessons in Gnani Yoga 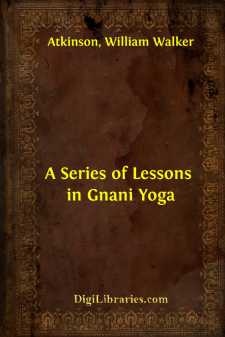 THE FIRST LESSON THE ONE.

But it must not be supposed that the student must ally himself to only a single one of these paths to power. In fact, very few do. The majority prefer to gain a rounded knowledge, and acquaint themselves with the principles of the several branches, learning something of each, giving preference of course to those branches that appeal to them more strongly, this attraction being the indication of need, or requirement, and, therefore, being the hand pointing out the path.

We have written a work on "Hatha Yoga," and a course on "Raja Yoga" which is now in book form. We have told you something regarding "Gnani Yoga" in our Fourteen Lessons, and also in our Advanced Course. We have written something regarding "Bhakti Yoga" in our Advanced Course, and, we hope, have taught it also all through our other lessons, for we fail to see how one can teach or study any of the branches of Yoga without being filled with a sense of Love and Union with the Source of all Life. To know the Giver of Life, is to love him, and the more we know of him, the more love will we manifest.

In this course of lessons, of which this is the first, we shall take up the subject of "Gnani Yoga"—the Yoga of Wisdom, and will endeavor to make plain some of its most important and highest teachings....