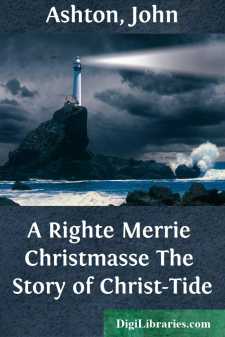 The day on which Jesus Christ died is plainly distinguishable, but the day of His birth is open to very much question, and, literally, is only conjectural; so that the 25th December must be taken purely as the day on which His birth is celebrated, and not as His absolute natal day. In this matter we can only follow the traditions of the Church, and tradition alone has little value.

In the second and early third centuries of our æra, we only know that the festivals, other than Sundays and days set apart for the remembrance of particular martyrs, were the Passover, Pentecost, and the Epiphany, the baptism or manifestation of our Lord, when came "a voice from Heaven saying, This is my beloved Son, in whom I am well pleased." This seems always to have been fixed for the 6th of January, and with it was incorporated the commemoration of His birth.

Titus Flavius Clemens, generally known as Clemens of Alexandria, lived exactly at this time, and was a contemporary of Origen. He speaks plainly on the subject, and shows the uncertainty, even at that early epoch of Christianity, of fixing the date: "There are those who, with an over-busy curiosity, attempt to fix not only the year, but the date of our Saviour's birth, who, they say, was born in the twenty-eighth year of Augustus, on the 25th of the month Pachon," i.e. the 20th of May. And in another place he says: "Some say that He was born on the 24th or 25th of the month Pharmuthi," which would be the 19th or 20th of April.

But, perhaps, the best source of information is from the Mémoires pour servir à l'histoire ecclésiastique des six premiers Siècles, by Louis Sebastian le Nain de Tillemont, written at the very commencement of the eighteenth century, and I have no hesitation in appending a portion of his fourth note, which treats "Upon the day and year of the birth of Jesus Christ."

"It is thought that Jesus Christ was born in the night, because it was night when the angel declared His birth to the shepherds: in which S. Augustin says that He literally fulfilled David's words, Ante luciferum genuite.

"The tradition of the Church, says this father, is that it was upon the 25th of December. Casaubon acknowledges that we should not immediately reject it upon the pretence that it is too cold a season for cattle to be at pasture, there being a great deal of difference between these countries and Judæa; and he assures us that, even in England, they leave the cows in the field all the year round.

"S. Chrysostom alleges several reasons to prove that Jesus Christ was really born upon the 25th of December; but they are weak enough, except that which he assures of, that it has always been the belief of the Western Churches. S. Epiphanius, who will have the day to have been the 6th of January, places it but at twelve days' distance. S. Clement of Alexandria says that, in his time, some fixed the birth of Jesus Christ upon the 19th or 20th April; others, on the 20th of May. He speaks of it as not seeing anything certain in it.

"It is cited from one John of Nice, that it was only under Pope Julius that the Festival of the Nativity was fixed at Rome upon the 25th of December. Father Combesisius, who has published the epistle of this author, confesses that he is very modern: to which we may add that he is full of idle stories, and entirely ignorant of the history and discipline of antiquity....