A Pioneer Railway of the West 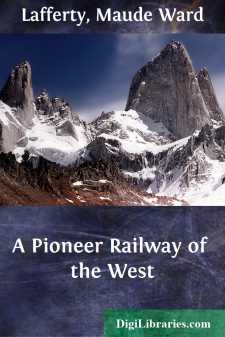 This restoration of a portion of the original track of theLexington and Ohio (now Louisville and Nashville) Railroadlaid at Lexington in 1831, is dedicated to those men offorethought and courage who were pioneers in railroaddevelopment in America.

College of Mechanical and Electrical Engineering

During the month of July, 1915, there appeared in a local newspaper an account of the finding of "Old Rail Stones" and "Old Strap Iron Rails" which had been used in the construction of the railroad generally known as "the old Lexington and Frankfort Road," though it was incorporated under the name of the "Lexington and Ohio Rail Road." It is believed by many to have been the first railroad west of the Alleghany Mountains. Be that as it may, the quaint and interesting relics had just been dug up that week by the workmen who were reconstructing the freight yards of the Louisville and Nashville Railroad. The workmen were moving more recently laid tracks back to the old original road bed of the pioneer railroad, and in doing so they unearthed those curious relics of 1831.

Although just starting that very day for a summer vacation, I hurried down town a little before train time, and went to the Main Street offices of the Louisville and Nashville Railroad where the interesting relics were on display.

As I stood gazing at that worn and rusty bar of iron with its single bent and rusty spike, I was whisked back across the years by some strange trick of memory and I saw, instead, a dimly lighted sick room, on a hot summer night—myself a little sufferer, and sitting beside me, fanning my fevered brow, my beloved father, who, notwithstanding the fatigue of a heavy and exacting practice sat thus night after night, soothing me to sleep by telling me entertaining stories of his youth, and as he was born one hundred and one years ago, the strange experiences of his boyhood were thrilling indeed to his youthful adorer.

And so, I saw in my mind's eye that familiar room of my childhood—the open window, the breezes blowing the curtains to and fro, the moonlight casting strange shadows on the terrace outside, and I heard again that voice which has meant so much to me telling how "when the first railroad started" and all the people had gathered from far and near "to witness its departure," he and a group of fellow students from Transylvania University, mounted on fast horses, galloped ahead "to see if the Wonderful Thing could round the curve without running off the track"; and how "it came in sight, thundering along, puffing out clouds of black smoke, the engineer adding to the confusion by incessantly blowing his shrill whistle," all of which so terrified his horse, he had great difficulty in keeping his seat, but yet, how tremendously impressed he was by the "gallant way in which the gentlemen seated in the coach raised their stovepipe hats in greeting as they passed by like a streak of lightning."

He said the locomotive had been invented by his old friend Tom Barlow, in whose honor he had named our Tom Barlow, his favorite race horse.

He also said the old locomotive looked like a "thresher engine mounted on a flat car," and that the coach was for all the world like an "omnibus with seats on top as well as inside," and furthermore, he added, when it had been proved safe he rode upon it himself, and then "rode home on horseback" (a distance of thirty miles) to tell his mother all about it....