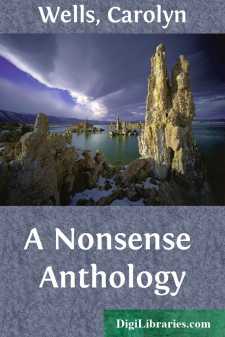 On a topographical map of Literature Nonsense would be represented by a small and sparsely settled country, neglected by the average tourist, but affording keen delight to the few enlightened travellers who sojourn within its borders. It is a field which has been neglected by anthologists and essayists; one of its few serious recognitions being in a certain "Treatise of Figurative Language," which says: "Nonsense; shall we dignify that with a place on our list? Assuredly will vote for doing so every one who hath at all duly noticed what admirable and wise uses it can be, and often is, put to, though never before in rhetoric has it been so highly honored. How deeply does clever or quaint nonsense abide in the memory, and for how many a decade—from earliest youth to age's most venerable years."

And yet Hazlitt's "Studies in Jocular Literature" mentions six divisions of the Jest, and omits Nonsense!

Perhaps, partly because of such neglect, the work of the best nonsense writers is less widely known than it might be.

But a more probable reason is that the majority of the reading world does not appreciate or enjoy real nonsense, and this, again, is consequent upon their inability to discriminate between nonsense of integral merit and simple chaff.

and a sense of nonsense is as distinct a part of our mentality as a sense of humor, being by no means identical therewith.

It is a fad at present for a man to relate a nonsensical story, and then, if his hearer does not laugh, say gravely: "You have no sense of humor. That is a test story, and only a true humorist laughs at it." Now, the hearer may have an exquisite sense of humor, but he may be lacking in a sense of nonsense, and so the story gives him no pleasure. De Quincey said, "None but a man of extraordinary talent can write first-rate nonsense." Only a short study of the subject is required to convince us that De Quincey was right; and he might have added, none but a man of extraordinary taste can appreciate first-rate nonsense. As an instance of this, we may remember that Edward Lear, "the parent of modern nonsense-writers," was a talented author and artist, and a prime favorite of such men as Tennyson and the Earls of Derby; and John Ruskin placed Lear's name at the head of his list of the best hundred authors.

"Don't tell me," said William Pitt, "of a man's being able to talk sense; every one can talk sense. Can he talk nonsense?"

The sense of nonsense enables us not only to discern pure nonsense, but to consider intelligently nonsense of various degrees of purity. Absence of sense is not necessarily nonsense, any more than absence of justice is injustice.

Etymologically speaking, nonsense may be either words without meaning, or words conveying absurd or ridiculous ideas. It is the second definition which expresses the great mass of nonsense literature, but there is a small proportion of written nonsense which comes under the head of language without meaning....