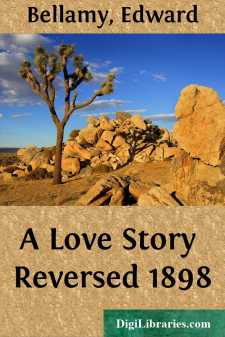 The golden hands of the parlor clock point glimmeringly to an hour after midnight, and the house is still. The gas is turned almost out, but the flickering of the dying sea-coal fire in the grate fitfully illumines the forms and faces of two young women, who are seated before it, talking earnestly in low tones. It is apparent from their costumes that they have been spending the evening out.

The fair girl in the low chair, gazing pensively into the fire, is Maud Elliott, the daughter of the house. Not generally called handsome, her features are good and well balanced, and her face is altogether a sweet and wholesome one. She is rather tall, and the most critical admit that she has a fine figure. Her eyes are blue, and their clear, candid expression indicates an unusually sincere and simple character. But, unfortunately, it is only her friends who are fully conversant with the expression of her eyes, for she is very shy. Shyness in little people is frequently piquant, but its effect in girls of the Juno style is too often that of awkwardness. Her friends call Maud Elliott stately; those who do not like her call her stiff; while indifferent persons speak of her as rather too reserved and dignified in manner to be pleasing. In fact, her excess of dignity is merely the cloak of her shyness, and nobody knows better than she that there is too much of it. Those who know her at all well know that she is not dull, but with mere acquaintances she often passes for that. Only her intimate friends are aware what wit and intelligence, what warmth and strength of feeling, her coldness when in company conceals.

No one better understands this, because no one knows her better or has known her longer, than her present companion before the fire, Lucy Mer-ritt. They were roommates and bosom friends at boarding-school; and Lucy, who recently has been married, is now on her first visit to her friend since that event. She is seated on a hassock, with her hands clasped over her knees, looking up at Maud,—an attitude well suited to her petite figure. She is going home on the morrow, or rather on the day already begun; and this fact, together with the absorbing nature of the present conversation, accounts for the lateness of the session.

"And so, Maud," she is saying, while she regards her friend with an expression at once sympathetic and amused,—"and so that is what has been making your letters so dismal lately. I fancied that nothing less could suggest such melancholy views of life. The truth is, I came on this visit as much as anything to find out about him. He is a good-looking fellow, certainly; and, from what little chance I had to form an opinion to-night, seems sensible enough to make it quite incredible that he should not be in love with such a girl in a thousand as you. Are you quite sure he is n't?"

"You had a chance to judge to-night," replied Maud, with a hard little laugh. "You overheard our conversation. 'Good-evening, Miss Elliott; jolly party, is n't it?' That was all he had to say to me, and quite as much as usual. Of course we are old acquaintances, and he 's always pleasant and civil: he couldn't be anything else; but he wastes mighty little time on me. I don't blame him for preferring other girls' society. He would show very little taste if he did not enjoy Ella Perry's company better than that of a tongue-tied thing like me. She is a thousand times prettier and wittier and more graceful than I am."