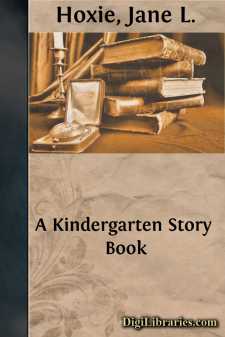 Once there were three children, three brothers, who played together in the sunshine about their father's door. Now the youngest of them all was not as large and strong as his brothers; and for that reason they often teased him, saying: "You are not as tall as we. You cannot run as fast. See! we can jump farther and swing higher than you." If ever they wrestled together, the youngest was the first to be thrown to the ground; and no matter what he tried to do, the others always laughed, and called out: "Oh! you are so stupid. That is not the way. Let me show you how, you dunny!" So after a while they called him nothing but Dunny.

One day a traveler, with a wonderful pony, stopped at the door of the cottage. His little animal not only could perform all manner of curious tricks, but he was the most gentle little beast in the whole world and, withal, as sleek and pretty a creature as one could wish to see.

The three brothers were wild with delight at the pony's antics, and gave their father no peace until at last he consented to buy the little animal. At first they were very happy with their new play-fellow, but soon they quarreled.

"Father bought him for me,", said the second brother, "and neither of you shall play with him at all!"

"It is not so! He is all mine!" said the first, as he caught the little beast by the rein and tried to drag him away.

But his brother snatched the bridle also. "You shall not have him!" he cried.

"Boys! boys! What does this mean?" said their father. "Why are you quarreling? The pony belongs to all three."

But the boys would not have it so; and, at last, the father said: "He shall be given to the one of you who will bring this basket to me filled full with the water of yonder pond." Now the basket was very old and full of holes, but the three brothers eagerly consented to the plan.

"You shall be the first to try your luck," said the father, placing the basket in the hands of his eldest son. As the boy walked quickly toward the pond, a little bird hopped along the path in front of him, and in a sweet voice sang:—

"Fill it with moss and fill it with clay,[*]  And carry a basketful away."

The boy did not know what the bird was saying. "Out of my path, you stupid creature!" he cried, flinging a stone at it. But the little bird flew away into the forest, where he was quite safe. When at last the boy reached the pond, there sat a great green frog who croaked in a great hoarse voice:—

"Fill it with moss and fill it with clay,  And carry a basketful away."

But the boy did not know what the frog was saying. "Out of my way, you ugly creature!" he cried, flinging a stone at it. The great frog jumped back into the water, where he was quite safe. The eldest boy covered the bottom of the basket with sand, thinking that that would keep the water from running out; then he filled it to the very brim. But, though he ran all the way home, not a single drop of water was left inside the basket when he reached his father....