A History of Science - Volume 2 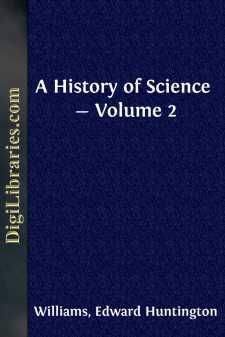 V. GALILEO AND THE NEW PHYSICS

After Galileo had felt the strong hand of the Inquisition, in 1632, he was careful to confine his researches, or at least his publications, to topics that seemed free from theological implications. In doing so he reverted to the field of his earliest studies—namely, the field of mechanics; and the Dialoghi delle Nuove Scienze, which he finished in 1636, and which was printed two years later, attained a celebrity no less than that of the heretical dialogue that had preceded it. The later work was free from all apparent heresies, yet perhaps it did more towards the establishment of the Copernican doctrine, through the teaching of correct mechanical principles, than the other work had accomplished by a more direct method.

Galileo's astronomical discoveries were, as we have seen, in a sense accidental; at least, they received their inception through the inventive genius of another. His mechanical discoveries, on the other hand, were the natural output of his own creative genius. At the very beginning of his career, while yet a very young man, though a professor of mathematics at Pisa, he had begun that onslaught upon the old Aristotelian ideas which he was to continue throughout his life. At the famous leaning tower in Pisa, the young iconoclast performed, in the year 1590, one of the most theatrical demonstrations in the history of science. Assembling a multitude of champions of the old ideas, he proposed to demonstrate the falsity of the Aristotelian doctrine that the velocity of falling bodies is proportionate to their weight. There is perhaps no fact more strongly illustrative of the temper of the Middle Ages than the fact that this doctrine, as taught by the Aristotelian philosopher, should so long have gone unchallenged. Now, however, it was put to the test; Galileo released a half-pound weight and a hundred-pound cannon-ball from near the top of the tower, and, needless to say, they reached the ground together. Of course, the spectators were but little pleased with what they saw. They could not doubt the evidence of their own senses as to the particular experiment in question; they could suggest, however, that the experiment involved a violation of the laws of nature through the practice of magic. To controvert so firmly established an idea savored of heresy. The young man guilty of such iconoclasm was naturally looked at askance by the scholarship of his time. Instead of being applauded, he was hissed, and he found it expedient presently to retire from Pisa.

Fortunately, however, the new spirit of progress had made itself felt more effectively in some other portions of Italy, and so Galileo found a refuge and a following in Padua, and afterwards in Florence; and while, as we have seen, he was obliged to curb his enthusiasm regarding the subject that was perhaps nearest his heart—the promulgation of the Copernican theory—yet he was permitted in the main to carry on his experimental observations unrestrained. These experiments gave him a place of unquestioned authority among his contemporaries, and they have transmitted his name to posterity as that of one of the greatest of experimenters and the virtual founder of modern mechanical science....