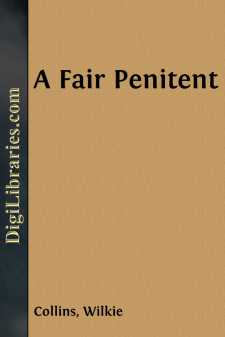 Charles Pineau Duclos was a French writer of biographies and novels, who lived and worked during the first half of the eighteenth century. He prospered sufficiently well, as a literary man, to be made secretary to the French Academy, and to be allowed to succeed Voltaire in the office of historiographer of France. He has left behind him, in his own country, the reputation of a lively writer of the second class, who addressed the public of his day with fair success, and who, since his death, has not troubled posterity to take any particular notice of him.

Among the papers left by Duclos, two manuscripts were found, which he probably intended to turn to some literary account. The first was a brief Memoir, written by himself, of a Frenchwoman, named Mademoiselle Gautier, who began life as an actress and who ended it as a Carmelite nun. The second manuscript was the lady's own account of the process of her conversion, and of the circumstances which attended her moral passage from the state of a sinner to the state of a saint. There are certain national peculiarities in the character of Mademoiselle Gautier and in the narrative of her conversion, which are perhaps interesting enough to be reproduced with some chance of pleasing the present day.

It appears, from the account given of her by Duclos, that Mademoiselle Gautier made her appearance on the stage of the Theatre Francois in the year seventeen hundred and sixteen. She is described as a handsome woman, with a fine figure, a fresh complexion, a lively disposition, and a violent temper. Besides possessing capacity as an actress, she could write very good verses, she was clever at painting in miniature, and, most remarkable quality of all, she was possessed of prodigious muscular strength. It is recorded of Mademoiselle, that she could roll up a silver plate with her hands, and that she covered herself with distinction in a trial of strength with no less a person than the famous soldier, Marshal Saxe.

Nobody who is at all acquainted with the social history of the eighteenth century in France, need be told that Mademoiselle Gautier had a long list of lovers,—for the most part, persons of quality, marshals, counts, and so forth. The only man, however, who really attached her to him, was an actor at the Theatre Francois, a famous player in his day, named Quinault Dufresne. Mademoiselle Gautier seems to have loved him with all the ardour of her naturally passionate disposition. At first, he returned her affection; but, as soon as she ventured to test the sincerity of his attachment by speaking of marriage, he cooled towards her immediately, and the connection between them was broken off. In all her former love-affairs, she had been noted for the high tone which she adopted towards her admirers, and for the despotic authority which she exercised over them even in her gayest moments. But the severance of her connection with Quinault Dufresne wounded her to her heart. She had loved the man so dearly, had made so many sacrifices for him, had counted so fondly on the devotion of her whole future life to him, that the first discovery of his coldness towards her broke her spirit at once and for ever....