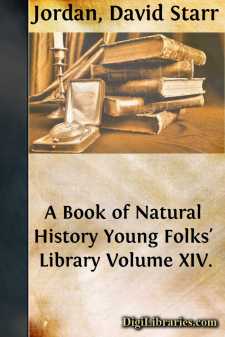 Every one has seen a cornfield. If you pluck up one of the innumerable wheat plants which are fixed in the soil of the field, about harvest time, you will find that it consists of a stem which ends in a root at one end and an ear at the other, and that blades or leaves are attached to the sides of the stem. The ear contains a multitude of oval grains which are the seeds of the wheat plant. You know that when these seeds are cleared from the husk or bran in which they are enveloped, they are ground into fine powder in mills, and that this powder is the flour of which bread is made. If a handful of flour mixed with a little cold water is tied up in a coarse cloth bag, and the bag is then put into a large vessel of water and well kneaded with the hands, it will become pasty, while the water will become white. If this water is poured away into another vessel, and the kneading process continued with some fresh water, the same thing will happen. But if the operation is repeated the paste will become more and more sticky, while the water will be rendered less and less white, and at last will remain colorless. The sticky substance which is thus obtained by itself is called gluten; in commerce it is the substance known as maccaroni.

If the water in which the flour has thus been washed is allowed to stand for a few hours, a white sediment will be found at the bottom of the vessel, while the fluid above will be clear and may be poured off. This white sediment consists of minute grains of starch, each of which, examined with the microscope, will be found to have a concentrically laminated structure. If the fluid from which the starch was deposited is now boiled it will become turbid, just as white of egg diluted with water does when it is boiled, and eventually a whitish lumpy substance will collect at the bottom of the vessel. This substance is called vegetable albumin.

Besides the albumin, the gluten, and the starch, other substances about which this rough method of analysis gives us no information, are contained in the wheat grain. For example, there is woody matter or cellulose, and a certain quantity of sugar and fat. It would be possible to obtain a substance similar to albumin, starch, saccharine, and fatty matters, and cellulose, by treating the stem, leaves, and root in a similar fashion, but the cellulose would be in far larger proportion. Straw, in fact, which consists of the dry stem and leaves of the wheat plant, is almost wholly made up of cellulose. Besides this, however, it contains a certain proportion of mineral bodies, among them, pure flint or silica; and, if you should ever see a wheat rick burnt, you will find more or less of this silica, in a glassy condition, in the embers. In the living plant, all these bodies are combined with a large proportion of water, or are dissolved, or suspended in that fluid. The relative quantity of water is much greater in the stem and leaves than in the seed.

Everybody has seen a common fowl....