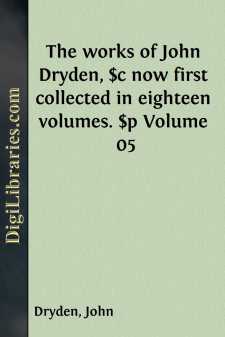 The tragedy of Amboyna, as it was justly termed by the English of the seventeenth century, was of itself too dreadful to be heightened by the mimic horrors of the stage. The reader may be reminded, that by three several treaties in the years 1613, 1615, and 1619, it was agreed betwixt England and Holland, that the English should enjoy one-third of the trade of the spice islands. For this purpose, factories were established on behalf of the English East India Company at the Molucca Islands, at Banda, and at Amboyna. At the latter island the Dutch had a castle, with a garrison, both of Europeans and natives. It has been always remarked, that the Dutchman, in his eastern settlements, loses the mercantile probity of his European character, while he retains its cold-blooded phlegm and avaricious selfishness. Of this the Amboyna government gave a notable proof. About the 11th of Feb. 1622, old stile, under pretence of a plot laid between the English of the factory and some Japanese soldiers to seize the castle, the former were arrested by the Dutch, and subjected to the most horrible tortures, to extort confession of their pretended guilt. Upon some they poured water into a cloth previously secured round their necks and shoulders, until suffocation ensued; others were tortured with lighted matches, and torches applied to the most tender and sensible parts of the body. But I will not pollute my page with this monstrous and disgusting detail. Upon confessions, inconsistent with each other, with common sense and ordinary probability, extorted also by torments of the mind or body, or both, Captain Gabriel Towerson, and nine other English merchants of consideration, were executed; and, to add insult to atrocity, the bloody cloth, on which Towerson kneeled at his death, was put down to the account of the English Company. The reader may find the whole history in the second volume of Purchas's "Pilgrim." The news of this horrible massacre reached King James, while he was negociating with the Dutch concerning the assistance which they then implored against the Spaniards; and the affairs of his son-in-law, the Elector Palatine, appeared to render an union with Holland so peremptorily necessary, that the massacre of Amboyna was allowed to remain unrevenged.

But the Dutch war, which was declared in 1672, the object of which seems to have been the annihilation of the United Provinces as an independent state, a century sooner than Providence had decreed that calamitous event, met with great opposition in England, and every engine was put to work to satisfy the people of the truth of the Lord Chancellor Shaftesbury's averment, that the "States of Holland were England's eternal enemies, both by interest and inclination." Dryden, with the avowed intention of exasperating the nation against the Dutch, assumed from choice, or by command, the unpromising subject of the Amboyna massacre as the foundation of the following play. Exclusive of the horrible nature of the subject, the colours are laid on too thick to produce the desired effect....