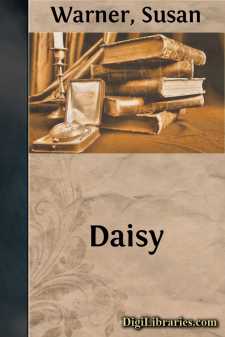 I WANT an excuse to myself for writing my own life; an excuse for the indulgence of going it all over again, as I have so often gone over bits. It has not been more remarkable than thousands of others. Yet every life has in it a thread of present truth and possible glory. Let me follow out the truth to the glory.

The first bright years of my childhood I will pass. They were childishly bright. They lasted till my eleventh summer. Then the light of heavenly truth was woven in with the web of my mortal existence; and whatever the rest of the web has been, those golden threads have always run through it all the rest of the way. Just as I reached my birthday that summer and was ten years old, I became a Christian.

For the rest of that summer I was a glad child. The brightness of those days is a treasure safe locked up in a chamber of my memory. I have known other glad times too in my life; other times of even higher enjoyment. But among all the dried flowers of my memory, there is not one that keeps a fresher perfume or a stronger scent of its life than this one. Those were the days without cloud; before life shadows had begun to cast their blackness over the landscape. And even though such shadows do go as well as come, and leave the intervals as sunlit as ever; yet after that change of the first life shadow is once seen, it is impossible to forget that it may come again and darken the sun. I do not mean that the days of that summer were absolutely without things to trouble me; I had changes of light and shade; but, on the whole, nothing that did not heighten the light. They were pleasant days that I had in Juanita's cottage at the time when my ankle was broken; there were hours of sweetness with crippled Molly; and it was simply delight I had all alone with my pony Loupe, driving over the sunny and shady roads, free to do as I liked and go where I liked. And how I enjoyed studying English history with my cousin Preston. It is all stowed away in my heart, as fresh and sweet as at first. I will not pull it out now. The change, and my first real life shadow came, when my father was thrown from his horse and injured his head. Then the doctors decided he must go abroad and travel, and mamma decided that it was best that I should go to Magnolia with Aunt Gary and have a governess.

There is no pleasure in thinking of those weeks. They went very slowly, and yet very fast; while I counted every minute and noted every step in the preparations. They were all over at last; my little world was gone from me; and I was left alone with Aunt Gary.

Her preparations had been made too; and the day after the steamer sailed we set off on our journey to the south. I do not know much about that journey. The things by the way were like objects in a mist to me and no more clearly discerned. Now and then there came a rift in the mist; something woke me up out of my sorrow-dream; and of those points and of what struck my eyes at those minutes I have a most intense and vivid recollection. I can feel yet the still air of one early morning's start, and hear the talk between my aunt and the hotel people about the luggage. My aunt was a great traveller and wanted no one to help her or manage for her. I remember acutely a beggar who spoke to us on the sidewalk at Washington. We stayed over a few days in Washington, and then hurried on; for when she was on the road my Aunt Gary lost not a minute. We went, I presume, as fast as we could without travelling all night; and our last day's journey added that too.

By that time my head was getting steadied, perhaps, from the grief which had bewildered it; or grief was settling down and taking its proper place at the bottom of my heart, leaving the surface as usual. For twelve hours that day we went by a slow railway train through a country of weary monotony. Endless forests of pine seemed all that was to be seen; scarce ever a village; here and there a miserable clearing and forlorn-looking house; here and there stoppages of a few minutes to let somebody out or take somebody in; once, to my great surprise, a stop of rather more than a few minutes to accommodate a lady who wanted some flowers gathered for her....