A General History and Collection of Voyages and Travels - Volume 05 Arranged in Systematic Order: Forming a Complete History of the Origin and Progress of Navigation, Discovery, and Commerce, by Sea and Land, from the Earliest Ages to the Present Time 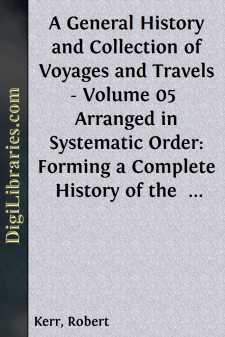 CONTINUATION OF THE EARLY HISTORY OF PERU, AFTER THE DEATH OF FRANCISCO PIZARRO, TO THE DEFEAT OF GONZALO PIZARRO, AND THE RE-ESTABLISHMENT OF TRANQUILITY IN THE COUNTRY; WRITTEN BY AUGUSTINO ZARATE.

Continuation of the Viceroyalty of Blasco Nunnez Vela, to his deposition and expulsion front Peru.

The viceroy received immediate intelligence of the revolt of Puelles, as mentioned in the foregoing section, which; was brought to him by a Peruvian captain named Yllatopa; and, though he considered it as a very unfortunate incident, he took immediate measures to counteract their intentions of joining the enemy, by sending a detachment to occupy the passes of the valley of Jauja, through which they must necessarily march on their way from Guanuco to join Gonzalo. For this purpose, he immediately ordered his brother Vela Nunnez to march in all haste with a detachment of forty light armed cavalry, and thirty musqueteers under the command of Gonzalo Diaz, besides whom ten of the friends and relations of Nunnez went as volunteers on this expedition. On purpose to expedite the march of this detachment as much as possible, the viceroy caused thirty-six mules to be purchased, which cost 12,000 ducats, the money being taken from the royal treasury. Being thus excellently equipped, they set out from Lima, and marched to Guadachili[1], about twenty leagues from Lima on their way to the valley of Jauja. At this place a plot was formed by the soldiers for killing Vela Nunnez and deserting to the army of Gonzalo, which was revealed by the following incident. Certain scouts who preceded the detachment about four leagues beyond Guadachili in the district of Pariacaca, met the friar Thomas de San Martino, provincial of the Dominicans, who had been sent by the viceroy to Cuzco to try if it were possible to come to some agreement with Gonzalo; on this occasion one of the soldiers secretly informed the provincial of the particulars of the conspiracy, begging him to take immediate means of prevention, as it was to be executed on the following night. The provincial accordingly hastened his journey to Guadachili, taking all the scouts he could meet with along with him, as he told them their present expedition was entirely useless, as Puelles and his troops had passed through Jauja two days before, and it was now impossible to intercept them. On his arrival in Guadachili, the provincial immediately informed Vela Nunnez of the danger to which he was exposed, who accordingly consulted with some of his friends and relations on the means of escape. In the evening, they ordered out their horses, as if for the purpose of sending them to water, and mounting them immediately, they saved themselves by flight under the cloud of night, being guided on their way by the provincial.

[Footnote 1: The place mentioned in the text is probably what is now named Guarochiri, which is in the direction of the march, and nearly at the distance indicated.--E.]

When the flight of Vela Nunnez and his friends was known, Juan de la Torre, Pedro Hita, Jorge Griego, and the other soldiers who had formed the conspiracy, went immediately to the main guard, where they compelled all the other soldiers, under threats of instant death, to promise going off along with them to join Gonzalo....