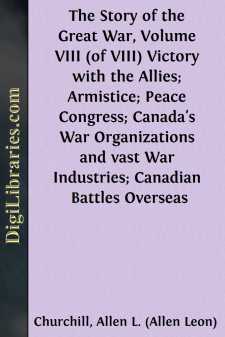 The continued advance of the Allies in the first days of August, 1918, along the front from Soissons to Rheims was a decisive blow to the German hopes of gaining Paris; the capital was no longer threatened. The hard-pressed foe was now forced to retreat hurriedly on all sides of the Marne salient, which was rapidly being flattened out by the irresistible pressure of French and British armies.

On August 2, 1918, the forces under General Mangin took Soissons. Southwest of Rheims General Berthelot occupied Ville-en-Tardenois, marking an advance for the day of over three miles. Supported by a French contingent, British troops crossed the Crise River, which joins the Aisne at Soissons, and regained a considerable strip of territory southeast of that city. The German retreat was orderly and in no sense a rout. Their hurried retirement was marked by pillage and incendiarism and the usual devastations according to their settled program.

North of Fere-en-Tardenois French and American forces advanced simultaneously in the early morning of August 2, 1918, the French occupying Cramaille and Cramoiselle and later Saponay, where forty railroad cars and a number of locomotives fell into their hands. The advance of the Allies was made under heavy barrage; the German artillery replied at times, but it was feeble and ineffective. Their retreat was in a northward direction through the valley from Saponay and was marked by great fires behind the lines as they destroyed many ammunition dumps before retiring. At a few points there was some sharp fighting, but the Germans made no serious attempt to stem the advance of the Allies and seemed only eager to get away and avoid trouble as far as possible.

French cavalry, with American infantry supporting, operated near Dravegny about two and a half miles to the north of Coulanges. This forward movement was of importance as it brought the Allies within eight miles of Fismes to the southeast, on the railroad between Soissons and Rheims.

It was learned through prisoners that the Germans would make a stand on the line of the Vesle River, where determined resistance might be expected. It was not believed, however, that this effort would prove formidable; for the Allies had only to make a slight advance when their heavy guns would be in a position to shell Fismes and render any other place in the neighborhood untenable.

The Germans had succeeded in extricating the greater portion of their armies from the salient, but it was evident that there was confusion in their ranks and a lack of order. Their retreat was marked by clouds of smoke and many fires and explosions that denoted hurried flight.

Though the Germans were hurrying to escape, they took time to destroy practically everything that was of any value in the towns evacuated. Before leaving Fere-en-Tardenois there was not one house that had not been shelled or dynamited....