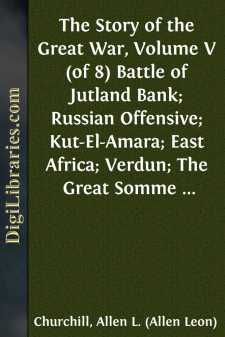 Public absorption in German propaganda was abating when attention became directed to it again from another quarter. An American war correspondent, James F. J. Archibald, a passenger on the liner Rotterdam from New York, who was suspected by the British authorities of being a bearer of dispatches from the German and Austrian Ambassadors at Washington, to their respective Governments, was detained and searched on the steamer's arrival at Falmouth on August 30, 1915. A number of confidential documents found among his belongings were seized and confiscated, the British officials justifying their action as coming within their rights under English municipal law. The character of the papers confirmed the British suspicions that Archibald was misusing his American passport by acting as a secret courier for countries at war with which the United States was at peace.

The seized papers were later presented to the British Parliament and published. In a bulky dossier, comprising thirty-four documents found in Archibald's possession, was a letter from the Austro-Hungarian Ambassador at Washington, Dr. Dumba, to Baron Burian, the Austro-Hungarian Foreign Minister. In this letter Dr. Dumba took "this rare and safe opportunity" of "warmly recommending" to the Austrian Foreign Office certain proposals made by the editor of a Hungarian-American organ, the "Szabadsag," for effecting strikes in plants of the Bethlehem Steel Company and others in the Middle West engaged in making munitions for the Allies.

The United States Government took a serious view of the letter recommending the plan for instigating strikes in American factories. Dr. Dumba, thrown on his defense, explained to the State Department that the incriminating proposals recommended in the document did not originate from him personally, but were the fruit of orders received from Vienna. This explanation was not easily acceptable. The phraseology of Dr. Dumba far from conveyed the impression that he was submitting a report on an irregular proposal inspired by instructions of the Austrian Government. Such a defense, however, if accepted, only made the matter more serious. Instead of the American Government having to take cognizance of an offensive act by an ambassador, the Government which employed him would rather have to be called to account. Another explanation by Dr. Dumba justified his letter to Vienna on the ground that the strike proposal urged merely represented a plan for warning all Austrians and Hungarians, employed in the munition factories, of the penalties they would have to pay if they ever returned to their home country, after aiding in producing weapons and missiles of destruction to be used against the Teutonic forces. This defense also lacked convincing force, as the letter indicated that the aim was so to cripple the munition factories that their output would be curtailed or stopped altogether—an object that could only be achieved by a general strike of all workers....