The Philippine Islands, 1493-1898 - Volume 20 of 55 1621-1624 Explorations by early navigators, descriptions of the islands and their peoples, their history and records of the catholic missions, as related in contemporaneous books and manuscripts, showing the political, economic, commercial and religious conditions of those islands from their earliest relations with European nations to the close of the nineteenth century. 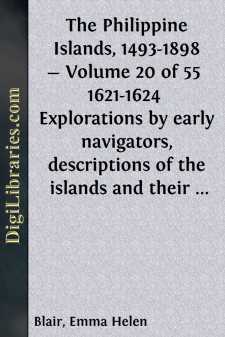 News from the Province of Filipinas, This Year, 1621

By letters which we have received from Japon this January, 1621, we heard how bitterly the persecution of God’s religion is carried on in Boxu, the country of Masamune, who has been accustomed to send embassies to Spain in past years. The spread of the holy gospel and uninterrupted preaching went on until the return of the ambassador. Hitherto Masamune had dissimulated for reasons of state, hoping that he would be allowed to send one ship from his kingdoms to Nueva España, where he had large interests. Seeing that this would not be conceded, he commenced to persecute Christians openly and secretly. On the twentieth of September, 1620, he ordered prohibitions and edicts to be issued in various places, in which it was ordered that no one should receive the religion of God; and that all those who had adopted it should abandon it, under penalty of being deprived of the property and incomes which the chiefs of equal rank hold from the tono [i.e., daimio], while in the case of the common people, the plebeians, they should be put to death. He also commanded that any person having any knowledge of any Christian should denounce him; and that all [26] preachers of the holy gospel should leave his kingdom and state. In case that they would not abandon the religion which they preached, the officials of Masamune commenced to execute their orders. Many were therefore banished and dispossessed of their property, others abandoned the faith, and to six fell the best lot of all in giving up their lives, being beheaded for this reason.

In the city of Nangasaqui, as all its people are Christians, the persecution is directed not so much against the Christians, for that would utterly destroy the place, as against those who conceal the religious who are under penalty of death.

On the seventeenth of December, they arrested two religious of St. Francis, one a priest named Fray Pedro de Avila, and another a layman, Fray Vicente. On the twelfth of February they beheaded two leading natives for their faith. On the thirteenth of the same month they bound to the stake, in order to burn alive, a man who had two religious in his house. On account of his anxiety to escape the fire, he confessed; and leaping from it (they say) he begged them not to kill him, saying that [illegible in MS.]. They cut him to pieces, however, without mercy, and he was sent to the Lord.

At this same time they seized in Nangasaqui a servant of the father provincial, Matheo Couros, who was washing his clothes. When he was thus recognized, they inflicted sharp torments upon him, [27] to make him disclose what he knew; but he, although mangled, bravely gave up his life in the torture rather than betray the father. There are at present in Japanese prisons [MS. torn] of religious and Christians: of the Order of St Francis there are five; of that of St. Dominic, three or four; of the Jesuits one, Father Carlos de Espinola. There were three, but one was burned alive for his faith; and the other, who was a Portuguese brother, [died] with the hardships of the prison, and it is thought to be certain that [his death was hastened] by poison....