The Philippine Islands, 1493-1898 - Volume 14 of 55 1606-1609 Explorations by Early Navigators, Descriptions of the Islands and Their Peoples, Their History and Records of The Catholic Missions, As Related in Contemporaneous Books and Manuscripts, Showing the Political, Economic, Commercial and Religious Conditions of Those Islands from Their Earliest Relations with European Nations to the Close of the Nineteenth Century 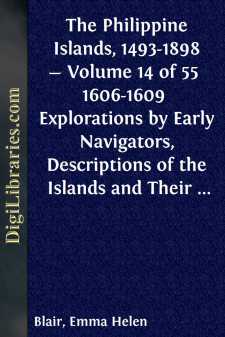 Complaints Against the Archbishop

Ever since I began to have dealings with the archbishop Don Fray Miguel de Benavides, and have recognized his temper, I have perceived the difficulties that he would cause me; accordingly, I have always acted with great moderation and care. But the occasions which he gives for such caution are so many that great patience is necessary to bear them; for he persuades himself that everything, both spiritual and temporal, pertains to him, and that there is not a king, or patronage, or Audiencia that can change his will as to what he will do. It therefore results that he very often has quarrels with the Audiencia, with me, with the orders, and with all those of his church; and nothing occurs in connection with the patronage which he does not desire to adjudicate, so it is on that subject that he has had controversies with me. His scruples are insufferable, and they are continually increasing; accordingly, we dread the lengths to which they may carry him. Notwithstanding that he is a religious who is greatly respected, and one of learning and exemplary life, and has always had this reputation, I believe that he would be better in his cell than in the archbishopric or bishopric; and that it would be much better for his conscience and peace of mind, [30] and that this commonwealth would gain much thereby. It is noticeable that his order, knowing him as they do, and regarding him as of good character and reputation, as I have said, have never employed him in any way in their government, as they do not find him qualified for it. I beg your Majesty to be pleased to order that he shall not meddle in those affairs which do not concern him, and that he shall be quiet and treat me and the auditors with respect; and that he avoid disputes and quarrels, since from them can result nothing but evil to the service of God and your Majesty, and scandal to the public. Your Majesty may believe that what I write here is stated with the utmost moderation, considering the outrages which he has committed. I therefore doubt not that many complaints of his proceedings will be sent. The Audiencia have grievances, and sometimes have been so provoked that they have been at the point of sharply correcting him; but some of them are afraid of him for private reasons, and dare not do so. In order not to stumble against such obstacles, I take it to be an efficacious remedy, for the future, that your Majesty should not appoint to the archbishopric or bishoprics of these islands friars who have been trained in these islands without first obtaining a report from the Audiencia of their qualifications and experience in government. May our Lord protect the Catholic person of your Majesty, according to the needs of Christendom. Manila, the first of July, 1605.

[In the margin: “Have all the letters which treat of this, and those which concern the archbishop placed together, and have them taken to the Council.”] [31]

In countries so remote as are these Philipinas Islands, and which lie so far from the royal presence of your Majesty, we are bound, not only by our obligation, but in conscience as well, by our feelings in regard to the sights that every day meet our eyes, and by the commands laid upon us by special instruction from your Majesty and your presidents and auditors, always to give information [of affairs here]....