The Life of George Washington, Vol. 5 Commander in Chief of the American Forces During the War which Established the Independence of his Country and First President of the United States 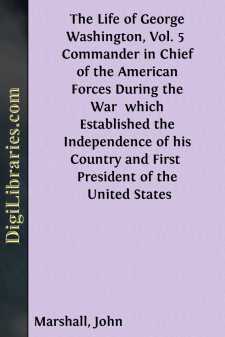 G. Washington again unanimously elected President.... War between Great Britain and France.... Queries of the President respecting the conduct to be adopted by the American government.... Proclamation of neutrality.... Arrival of Mr. Genet as minister from France.... His conduct.... Illegal proceedings of the French cruisers.... Opinions of the cabinet.... State of parties.... Democratic societies.... Genet calculates upon the partialities of the American people for France, and openly insults their government.... Rules laid down by the executive to be observed in the ports of the United States in relation to the powers at war.... The President requests the recall of Genet.... British order of 8th of June, 1793.... Decree of the national convention relative to neutral commerce.

The term for which the President and Vice President had been elected being about to expire on the third of March, the attention of the public had been directed to the choice of persons who should fill those high offices for the ensuing four years. Respecting the President, but one opinion prevailed. From various motives, all parties concurred in desiring that the present chief magistrate should continue to afford his services to his country. Yielding to the weight of the representations made to him from various quarters, General Washington had been prevailed upon to withhold a declaration, he had at one time purposed to make, of his determination to retire from political life.

Respecting the person who should fill the office of Vice President, the public was divided. The profound statesman who had been called to the duties of that station, had drawn upon himself a great degree of obloquy, by some political tracts, in which he had laboured to maintain the proposition that a balance in government was essential to the preservation of liberty. In these disquisitions, he was supposed by his opponents to have discovered sentiments in favour of distinct orders in society; and, although he had spoken highly of the constitution of the United States, it was imagined that his balance could be maintained only by hereditary classes. He was also understood to be friendly to the system of finance which had been adopted; and was believed to be among the few who questioned the durability of the French republic. His great services, and acknowledged virtues, were therefore disregarded; and a competitor was sought for among those who had distinguished themselves in the opposition. The choice was directed from Mr. Jefferson by a constitutional restriction on the power of the electors, which would necessarily deprive him of the vote to be given by Virginia. It being necessary to designate some other opponent to Mr. Adams, George Clinton, the governor of New York, was selected for this purpose.

Throughout the war of the revolution, this gentleman had filled the office of chief magistrate of his native state; and, under circumstances of real difficulty, had discharged its duties with a courage, and an energy, which secured the esteem of the Commander-in-chief, and gave him a fair claim to the favour of his country. Embracing afterwards with ardour the system of state supremacy, he had contributed greatly to the rejection of the resolutions for investing congress with the power of collecting an impost on imported goods, and had been conspicuous for his determined hostility to the constitution of the United States. His sentiments respecting the measures of the government were known to concur with those of the minority in congress.

Both parties seemed confident in their strength; and both made the utmost exertions to insure success. On opening the ballots in the senate chamber, it appeared that the unanimous suffrage of his country had been once more conferred on General Washington, and that Mr....