The Life of George Washington, Vol. 3 Commander in Chief of the American Forces During the War which Established the Independence of his Country and First President of the United States 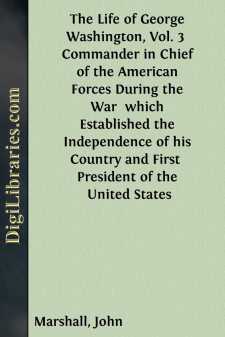 Incursion into Jersey.... General Lacy surprised.... Attempt on Lafayette at Barren Hill.... General Howe resigns the command of the British army.... Is succeeded by Sir H. Clinton.... He evacuates Philadelphia, and marches through the Jerseys.... A council of war which decides against attacking the British on their march.... Battle of Monmouth.... General Lee arrested.... Sentenced to be suspended for one year.... Thanks of congress to General Washington and his army.

The position at Valley Forge had been taken for the purposes of covering the country, protecting the magazines, and cutting off all supplies to Philadelphia. Although the intercourse of the inhabitants with that place could not be entirely prevented; the sufferings of the British army from the scarcity of fresh provisions and forage were considerable; and, as the spring opened, several expeditions were undertaken both to relieve their own wants, and to distress the army of the United States.

About the middle of March, Colonel Mawhood and Major Simcoe, who were detached into Jersey at the head of about twelve hundred men, landed at Salem, nearly opposite Reedy Island, and dispersed the small bodies of militia who were stationed in that part of the country.

General Washington had given early intelligence of this expedition to Governor Livingston; and had requested that he would immediately order out the militia to join Colonel Shreve, whose regiment was detached into Jersey; but the legislature had neglected to make provision for paying them; and the governor could not bring them into the field. Colonel Shreve, on his arrival at Haddonfield, the place at which they had been directed to assemble, found less than one hundred men. March 23.Colonel Ellis, their commanding officer, remarked, in a letter to the governor, that "without some standing force, little was to be expected from the militia, who, being alone not sufficient to prevent the incursions of the enemy, each one naturally consults his own safety, by not being found in arms."

Mawhood, of course, was unrestrained; and the devastation committed by his party was wantonly distressing. Its course of destruction was preceded by a summons to Colonel Hand, the commanding officer of the militia, to lay down his arms, which was accompanied with a threat of the consequences to result from his refusal. This threat was too faithfully executed.

After completing his forage, without molestation, Mawhood returned to Philadelphia. During the continuance of this incursion, which lasted six or seven days, not more than two hundred men could be collected to reinforce Colonel Shreve, who was consequently unable to effect any thing, and did not even march to the lower parts of Jersey, which were plundered without restraint.

Not long after this incursion into Jersey, an enterprise was undertaken against General Lacy, who, with a small number of Pennsylvania militia, seldom amounting to six hundred, and sometimes not exceeding fifty, watched the roads leading to Philadelphia on the north side of the Schuylkill, and was generally posted within twenty miles of that town.

This expedition was entrusted to Colonel Abercrombie and Major Simcoe, who avoided all the posts Lacy had established for his security, and threw a body of troops into his rear before he discovered their approach. After a short resistance, he escaped with the loss of a few men killed, and all his baggage. His corps were entirely dispersed, and he was soon afterwards relieved by General Potter.

To maintain the command of the water as far as was practicable, congress had ordered impediments to be sunk in many of the rivers of common use, so as to obstruct the passage up them, and had constructed frigates, and other smaller vessels, to be employed above those impediments or elsewhere, as the occasion might require. Several of them had been commenced above Philadelphia, but were not completed when the British obtained the command of the river....