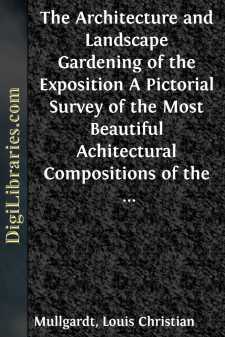 When San Francisco was destroyed by fire in 1906, many people predicted that the city would never be rebuilt. A great number of men and women packed their goods and chattels and hastily bade farewell to the still smoking ruins of a City That Was, firmly believing that destiny had determined that it should remain forever buried in its own ashes.

There was another class of men and women who were optimists. They predicted that the city would be rebuilt, but that it would require from twenty to thirty years.

There was still another class of men and women who knew by observation that it required no more time to build ten buildings than one, provided the Spirit of Energy and Determination existed, to fortify the desire.

We all know now that the Spirit of Energy and Determination did abound in San Francisco—that the City did not remain buried in its own ashes, and that it did not require from twenty to thirty years to rebuild it. The City was not only rebuilt in less than ten years, but, in addition thereto, an International Exposition, surpassing all previous Expositions, was built by its people.

San Francisco wisely selected for the location of this International Exposition what seemed to many to be an impossible site, for it was disorderly and uninteresting to look at. But the site was appropriately situated on the shores of San Francisco Bay—beautiful in its surroundings and most convenient alike to its citizens and visitors. It consisted of a pond and a strip of waste land and marsh land, apparently destined to remain unfilled and unorderly for years to come. The People of Energy, Determination and Desire have also made this strip of waste land permanently available.

The arrangement of this Exposition is distinctive because of its Court Plan. Eight Palaces seemingly constitute a single structure, containing five distinct courts or places for large public gatherings, which are open to the sky.

The buildings and gardens of Foreign Countries and of the States of the Union adjoin, at their western termination, the thirteen main structures erected by the Exposition Company. Still further west, are the Livestock Barns and Poultry Houses. The Aviation, Military and Polo Fields, including the Race Course, occupy the extreme end of the site. The amusement section, "The Zone," extends for a distance of seven city blocks eastward from the main group.

President C. C. Moore of the Exposition first appointed an AdvisoryArchitectural Board, in the fall of 1911, consisting of Messrs....