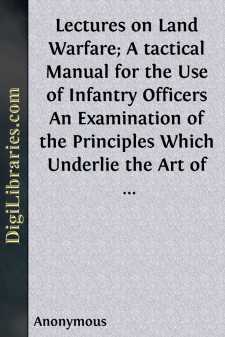 THE ART OF WARFARE

"The Art of War, like every other art, possesses its theory, its principles; otherwise, it would not be an art."—MARSHAL FOCH.

The Art of War, like any other art, is based upon certain fixed principles, and there is no short cut which hurries the student to his goal. The long and laborious line of study is the only safe way, and there are many pitfalls to be avoided on the road. One of these pitfalls is dug by those who maintain, whenever a new war breaks out, that all previous warlike knowledge must be thrown on the scrap-heap and attention paid only to the problems of the hour. Another is the alluring trap that Warfare is "merely a matter of common sense"; and a third is the oft-expressed idea that knowledge is required of the General, and that compliance with orders is sufficient for the Subaltern Officer.

KNOWLEDGE OF PRINCIPLES ESSENTIAL.—With regard to the first of these difficulties, the opinions of recognised authorities on the Art of Warfare may be consulted. "The cardinal principles on which the art of war is based are few and unchangeable, resembling in this the code of morality; but their application varies with the theatre of the war, the genius and temper of the people engaged, and the kind of arms employed" (General R. Taylor, C.S. Army). "Although the manifold inventions of modern times have given to warfare {2} a wider scope and fresh materials, it remains obedient to the same laws as in the past; but it applies these laws with means more numerous, more powerful, and more delicate" (Marshal Foch). "This war has given us no new principles; but different mechanical appliances—and in particular the rapid improvement and multiplication of aeroplanes, the use of immense numbers of machine guns and Lewis guns, the employment of vast quantities of barbed wire as effective obstacles, the enormous expansion of artillery, and the provision of great masses of motor transport—have introduced new problems of considerable complexity concerning the effective co-operation of the different arms and services. Much thought has had to be bestowed upon determining how new devices could be combined in the best manner with the machinery already working" (Marshal Haig).

The laws of war are not in themselves difficult to understand, but their successful application on the field of battle requires that they should be carefully studied and considered in all their aspects. "The mind can only be trained to this by close study of campaigns, and by the solution of definite problems on maps and on the ground" (General Sir E. B. Hamley). "A lifelong experience of military study and thought has taught me that the principle of the tactical employment of troops must be instinctive. I know that in putting the Science of War into practice it is necessary that its main tenets should form, so to speak, part of one's flesh and blood. In war there is little time to think, and the right thing to do must come like a flash—it must present itself to the mind as perfectly obvious" (Marshal French)....