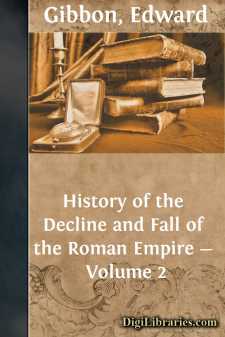 1111 ()[ The sixteenth chapter I cannot help considering as a very ingenious and specious, but very disgraceful extenuation of the cruelties perpetrated by the Roman magistrates against the Christians. It is written in the most contemptibly factious spirit of prejudice against the sufferers; it is unworthy of a philosopher and of humanity. Let the narrative of Cyprian's death be examined. He had to relate the murder of an innocent man of advanced age, and in a station deemed venerable by a considerable body of the provincials of Africa, put to death because he refused to sacrifice to Jupiter. Instead of pointing the indignation of posterity against such an atrocious act of tyranny, he dwells, with visible art, on the small circumstances of decorum and politeness which attended this murder, and which he relates with as much parade as if they were the most important particulars of the event. Dr. Robertson has been the subject of much blame for his real or supposed lenity towards the Spanish murderers and tyrants in America. That the sixteenth chapter of Mr. G. did not excite the same or greater disapprobation, is a proof of the unphilosophical and indeed fanatical animosity against Christianity, which was so prevalent during the latter part of the eighteenth century.—Mackintosh: see Life, i. p. 244, 245.]

If we seriously consider the purity of the Christian religion, the sanctity of its moral precepts, and the innocent as well as austere lives of the greater number of those who during the first ages embraced the faith of the gospel, we should naturally suppose, that so benevolent a doctrine would have been received with due reverence, even by the unbelieving world; that the learned and the polite, however they may deride the miracles, would have esteemed the virtues, of the new sect; and that the magistrates, instead of persecuting, would have protected an order of men who yielded the most passive obedience to the laws, though they declined the active cares of war and government. If, on the other hand, we recollect the universal toleration of Polytheism, as it was invariably maintained by the faith of the people, the incredulity of philosophers, and the policy of the Roman senate and emperors, we are at a loss to discover what new offence the Christians had committed, what new provocation could exasperate the mild indifference of antiquity, and what new motives could urge the Roman princes, who beheld without concern a thousand forms of religion subsisting in peace under their gentle sway, to inflict a severe punishment on any part of their subjects, who had chosen for themselves a singular but an inoffensive mode of faith and worship.

The religious policy of the ancient world seems to have assumed a more stern and intolerant character, to oppose the progress of Christianity. About fourscore years after the death of Christ, his innocent disciples were punished with death by the sentence of a proconsul of the most amiable and philosophic character, and according to the laws of an emperor distinguished by the wisdom and justice of his general administration....