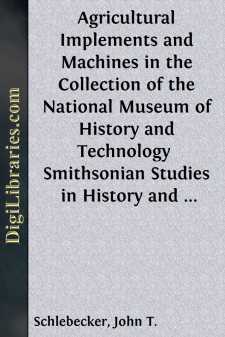 The art and science of agriculture embrace most intentional human efforts to control biological activity so as to produce plants and animals of the sort wanted, when wanted. Rubber plantations, cattle ranches, vegetable gardens, dairy farms, tree farms, and a host of similar enterprises all represent human efforts to compel nature to serve man. Those who undertake agriculture have had, from time immemorial, a variety of names, not all of them complimentary. The people involved in attempted biological control have been called farmers, planters, ranchers, and peasants. Farmers carry on a complicated business in which they use a variety of tools, implements, and machines. They also employ land, chemicals, water, plants, and animals. Their business, however, focuses on living things. No matter how crude their attempts, or how uncertain their successes, those who try to grow living things rank as agriculturalists.

Of course, the definition excludes brewers, distillers, biological supply houses, and others, such as zoo curators, who manage living things. Agriculture takes place on a piece of land widely and commonly known as a farm.

For the most part, a museum cannot show the essential biological aspects of agriculture. Agricultural production involves the farmer in the course of nature in its seasons, and in the peculiar laws of living things. In these respects, agriculture stands rather apart from transportation, manufacturing, and artistic industries where the tools, machines, and raw materials remain fairly inert as men work on them. Machines move but do not live, and therein lies the major difference between agriculture and the other arts. Farmers deal with plants and animals but the museum can show only the things a farmer uses as he accommodates to and regulates nature. Some of the objects, in themselves, give a fair idea of how the farmer used them. Most people, after all, know about edged blades and digging tools. Nearly anyone can grasp what a man might do with a scythe or a plow. Even the working of a modern reaper needs only a little explanation. But museums cannot well show cross-breeding of plants and animals. Museums seldom can show the results of that cross-breeding. Bags of fertilizer can be put on display, as can vials of penicillin, and jars of herbicide. Although some may find these interesting, such items show little in and of themselves.

Unfortunately, the things that cannot be shown in any easily intelligible way surpass in importance the items that can be shown. The sheep shears, which anyone can understand, represent less to the farmer than do the sheep. Sheep shears, no matter how sophisticated and no matter how necessary, do not explain sheep husbandry. The shears tell little about the wool industry, and nothing much about sheep breeds. And so on through the list of agricultural enterprises.

Museums must collect and exhibit the tools, implements, and machines which farmers use in their business. These items, however, seldom make up the core of real agricultural activity. The catalog here presented shows something of the range of items that farmers use and that can be preserved and shown. The variety nearly equals the volume. Most museums try to avoid duplication. Even so, few museums manage to collect a continuous series of things showing any one line of development. The discontinuity of farm objects on hand virtually rules out the telling of a coherent and complete history of agriculture. Nevertheless, the museum can show something about the major technological developments in agriculture. The evolution of the plow, the reaper, or the tractor can be suggested even if not fully illustrated. Hitting the highlights has to suffice.

First, changes in implements, tools, and methods result from the accumulation of knowledge. Device builds upon device: first came the wheel, and then, much later, the tractor....